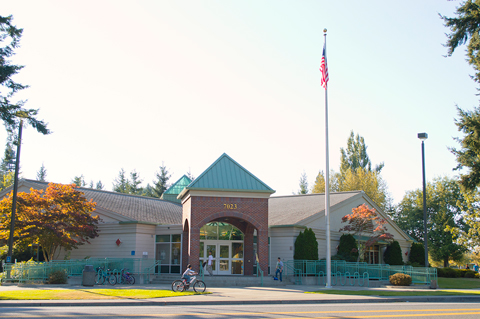 The Timberland Regional Library (TRL) system operates the region’s library system. TRL services are funded primarily by property tax dollars and user fees to benefit the community. Through this partnership, the City owns and maintains the Tumwater Library facility at 7023 New Market Street (adjacent to City Hall), Tumwater, WA  98501. It’s an example of how partnerships can benefit the community. The Tumwater Library began in 1965 in a storefront at the Southgate Shopping Center located on Capitol Boulevard and Trosper Road. A new library in its current location, adjacent to Tumwater City Hall, opened in March 1995.